COP26: Disappointment and Hopes for a New Multilateralism 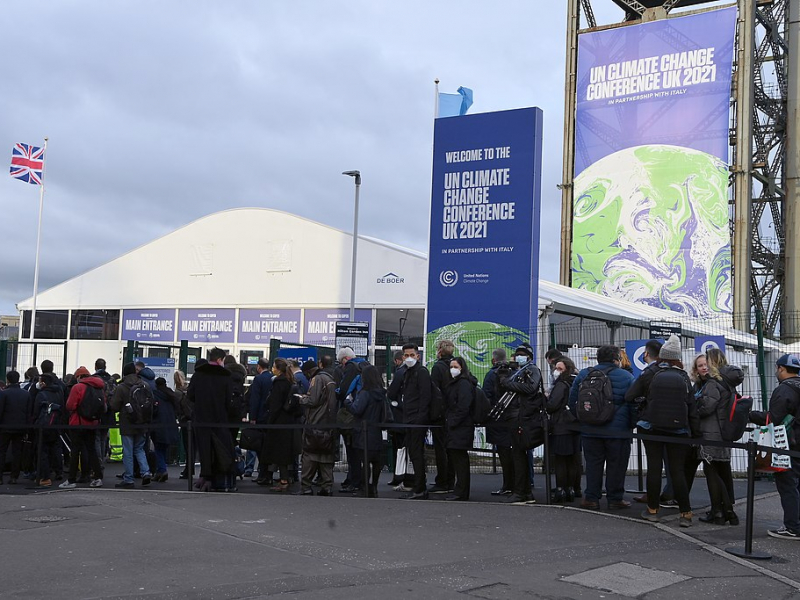 We must acknowledge that, as “unequivocally” stated by the Sixth Assessment Report of the IPCC (IntergovernmentalPanel onClimateChange), COP26 in Glasgow failed to limit global warming resulting from CO2, and other greenhouse gas emissions (including methane), produced by mankind’s combustion of fossil fuels (coal, oil and natural gas).

However, it would be short sighted to deny that, especially in the G20 in Rome, but also during and after COP26, new developments have provided the grounds for a little hope. I argue that the European Union (EU) has been given a leadership role, thus becoming a driving force for the rest of the world in the transition to a sustainable future based on renewables and hydrogen, as well as electric mobility and the electrification of every sector of human activity.

The EU has not only fulfilled its commitments under the Paris Climate Agreement, but also has cut its emissions from 1990 to 2019 by 24%, whereas the EU economy grew by 60% over the same period.

Furthermore, a propensity for a “new multilateralism” has emerged among all countries in the world which aims at cooperation between sovereign states, at least in certain areas.

This new multilateralism is based on an awareness that epochal interconnected emergencies have a global dimension, and can only be addressed by all states acting together. This awareness has become a general belief regarding the climate and natural environment, pandemics such as COVID-19, and economic and social inequalities that have not been reduced but rather increased – between states, but also and especially within them.

This new multilateralism has not only involved the United States and the EU, but also other major powers, including India and China, and should now be extended to Japan, Turkey and Iran. The (necessary) relationship with Putin’s Russia will long remain problematic, not least due to the violent offensive it launched through the sudden rise in the price of methane and oil, the use of Afghan refugees by Lukashenko’s Belarus at the border of Poland, and possible renewed military incursions in Ukraine to demonstrate the fragility of European defence.

As for its relationship with the African continent the EU has planned, under its Green Deal, to produce renewable energy and hydrogen in the sun-rich countries of Saharan and sub-Saharan Africa within the framework of an agreement with the African Union (which now includes 55 states and whose creation was based on the European model). The endogenous development of African countries should be its main objective through the availability of energy (also used to extract drinking water from the subsoil and to desalinate seawater), and the export of surplus green energy and hydrogen to Europe, through existing pipelines.

Europe’s vocation is to address sustainable development and healthcare throughout the African continent in partnership with the African Union, which in 2021 launched the African free trade area (AfCFTA). The African Union aims to adopt a common currency, possibly linked to Special Drawing Rights (SDRs), and to strengthen the existing African Central Bank.

The EU would thus ensure that CO2 and other greenhouse gas emissions from Africa are limited, while helping curb migration flows to Europe through new jobs created by sustainable economic development.

A second factor pushing towards this new multilateralism is the existence of copious public and private financial resources – during the G20 Mario Draghi spoke of $130 tn – which could be used in the most underdeveloped and fragile countries.

The US-China Joint Declaration at COP26, on a common plan to cut polluting emissions, followed by meetings between Joe Biden and Xi Jinping and between John Kerry and the leaders of the Chinese climate diplomatic mission, are a step in the right direction. Likewise, in recent days the open attitude of Indian Prime Minister Narendra Modi is a good sign for the future when faced with the pandemic deaths, and the air pollution in Indian cities caused by coal factories.

The EU’s global commitment should be medium-term, ambitious and on a number of fronts. It should: promote a new World Energy and Environment Organisation (WEEO), under UN control, to tackle climate change (and allocate the $100 bn pledged during the G20), managed by a High Authority (based on the European model of the ECSC); revitalise the World Trade Organization (WTO) to negotiate a fair carbon price for all countries (which could in part finance the WEEO) and support a global tax on multinational enterprises’ activities, which was already decided by the OECD; push the World Bank to issue SDR-denominated Green Bonds in agreement with the International Monetary Fund, directing funds towards investments for sustainable development in Africa and the Middle East.

Humanity would obtain much greater benefits, and incur much lower costs, if it acted immediately to reduce climate-altering emissions and swiftly addressed the very high investments required, rather than bearing mitigation and restorative costs afterwards (even without taking into account the deaths and the suffering of the people). However, cooperation between sovereign states, as Jean Monnet has taught us, needs common institutions: this is also an inescapable problem, when attempting to launch the “new multilateralism” the world needs.

*Former President of the Centro Studi sul on Federalismo, a member of the EAERE - European Association of Environmental and Resource Economists