Italy under Mario Draghi, Guarantor and Builder in Europe 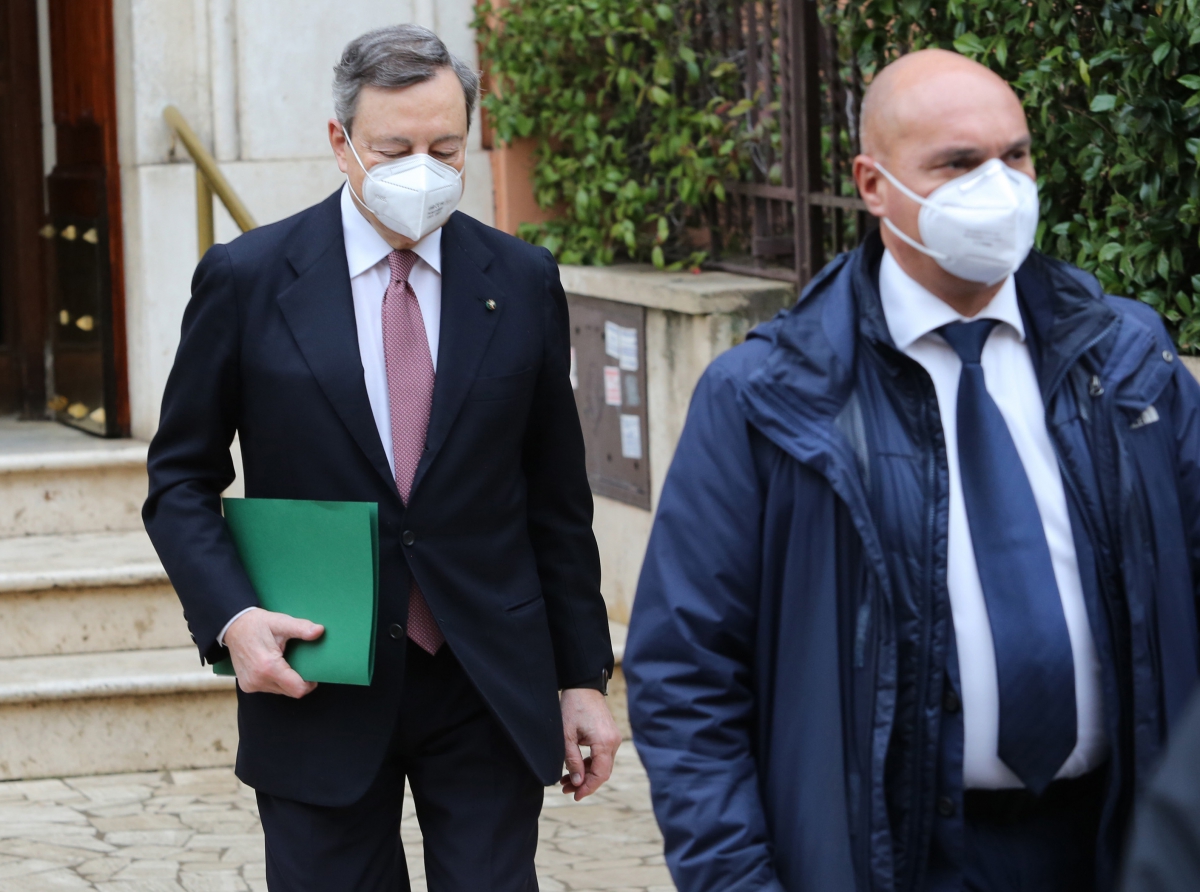 The distinguishing characteristic of the government led by Mario Draghi leaves no room for doubt: it is an executive – as he emphasised in his programmatic speech to the Senate – born “in the wake of our country’s membership, as a founding member, of the European Union, and as a protagonist of the Atlantic Alliance, in the wake of the great Western democracies, in defence of their inalienable principles and values.” The President of the Republic’s difficult and courageous choice in filling this office was based on Draghi’s career and prestige in Italian and European institutions. The risk of burdening the new government with excessive expectations is already evident. The year 2021 will continue to be very difficult, due to the pandemic and its economic and social impact. At the same time, we are facing new opportunities, at the European and international level, to which Italy can make a long-term contribution.

President Draghi found moving words to remind everyone that: “Without Italy there is no Europe. But, outside of Europe there is less Italy. There is no sovereignty in solitude. There is only the illusion of what we are, in the oblivion of what we were and in the denial of what we could be.” Membership of the European Union (EU) and the “irreversibility of the choice of the euro” are momentous steps for our country which define the path ahead with “the prospect of an ever-closed EU that will arrive at a common public budget capable of supporting countries in times of recession”. The reference framework, cherished by federalists, is one of shared sovereignty and multi-identities: “Nation states remain the reference point for our citizens, but in the areas defined by their weakness, they surrender national sovereignty to acquire shared sovereignty. Indeed, in our commitment to belong to the destiny of Europe we are even more Italian, even closer to our territories of origin or residence.”

Even the Draghi government, like those of all Western democracies, is aware that there is no real prospect of recovery unless the pandemic is tackled head-on. Each institutional level must do its part, as the last 19 February G7 showed, with 7.5 billion dollars allocated to COVAX for vaccines in the poorest countries. In the case of Italy, in addition to a vaccination campaign that needs to be accelerated, recovery is linked to the good use – in terms of investment and reforms – of Next Generation EU (NGEU) funds. Those funds were the result of the remarkable teamwork of the previous government (and the Italian representatives in the European institutions), which Draghi himself acknowledged. The new executive must “deepen and complete that work”: it is in a position to act as a guarantor in Europe of how serious it will be in building and implementing our National Recovery and Resilience Plan (NRRP), as well as a co-protagonist in designing the new European agenda. The credibility and future of the NGEU will depend on the credibility and success of the Italian NRRP (which will run until 2026, and also commits any future political majority).

“There is no before and after” for Europe either. The future Union needs to be conceived and built right now, in collaboration with the European institutions and the most influential and pro-European Member States. The role Mario Draghi will play on the European Council may be crucial. In 2021 the future of the Stability and Growth Pact, still suspended for the entire year, will be discussed based on the Commission’s proposals; the European approach to state aid will be redesigned (its reduction, albeit necessary, risks making the already strongest countries even stronger); and the problem of the future of a “temporary” instrument such as the NGEU, a possible embryo of a fiscal union and of that “common budget” hoped for by Draghi, will arise. These are sensitive but unavoidable issues that need to be raised today, while the Member States’ decision on new own resources is still under approval.

In his speech to the Senate, Mario Draghi presented a dual direction for European dialogue. As for the leading countries with which we are more economically integrated, we must “better structure and strengthen the strategic and essential relationship with France and Germany.” Then, regarding the countries that share our geographic area and its challenges, we must “consolidate our collaboration with states with which we share a specific Mediterranean sensitivity and issues such as the environment and migration: Spain, Greece, Malta and Cyprus”. Therefore, Italy may possibly be the link between these two areas so that European construction can move forward with broad consensus and a player capable of putting greater emphasis on “areas [for Italy] of natural priority interest, such as the Balkans, the enlarged Mediterranean, particularly Libya and the eastern Mediterranean, and Africa” as priorities on the European agenda.

We also should bear in mind the political-electoral calendar. Germany will go to the polls in September and Chancellor Merkel will leave office. France will hold presidential elections in April 2022, with President Macron engaged in a re-election process, the success of which is, as of today, difficult to take for granted. This raises concerns about a stalemate at the European level, but it may open up significant opportunities for Italy and its Prime Minister. A good test will be in the field of security, where, on the one hand, Europeans are committed to defining their “Strategic Compass” by 2022, and on the other hand, under the Biden Administration, find a transatlantic interlocutor which attaches importance to NATO and its European component. Just as Germany played a key role in launching monetary union, in the area of defence, France (because it is a nuclear-weapons state and has a seat on the UN Security Council) will have to clarify the role it intends to play in Europe. A process where Italy and the Draghi government – precisely because it is a “convinced pro-European and Atlanticist” – can act as a bridge between the two heavyweights.

The G20 Presidency, held for the first time by Italy (from 1 December last year), has opened up other opportunities – thanks also to the Biden Presidency – that will affirm Mario Draghi's international stature. We must aim to outline a new multilateralism; consider issues such as the ecological transition (and carbon pricing), the response to the economic and health crisis (including also the Global Health Summit, which Italy will host on 21 May) and the definition of new rules for trade and the digital governance. The G20 will also be a forum where dialogue with Russia and China can be kept open while maintaining the principles and values ​​of democratic countries. In terms of the fight against climate change, the other card that Italy has to play is its co-presidency of COP26 with the United Kingdom (which in turn presides over the G7). Italy can only act in line with the EU. It is important to note that, in addition to their proposals for a new Transatlantic Agenda, the Commission and High Representative Josep Borrell has set out how the EU can maintain an active role in a multilateralism suitable for the 21st century.

In just a few years the European and international scenario has radically changed. The two turning points, which marked the defeat of the sovereignist design, were the European elections in May 2019 and the US elections in November 2020. However, in the history books this legislature will also be described as an institutional and political masterpiece of President of the Republic Sergio Mattarella. A Parliament, born of a resentful majority of sovereignist and anti-European forces, saw the launch of a government with a large majority that embraces both the “republican spirit” and the “pro-European choice”. The path of the new government will not be easy, and the credibility of certain sudden changes can only be measured in facts. However, now we already know that whoever succeeds President Mattarella will have a valuable example to follow and a clear pro-European direction to continue in.

*Director of the Centro Studi sul Federalismo (published in Italian on 26 February in Europea, the think tanks’ platform on Euractiv.it – The translation of Mario Draghi’s speech is not an official one)